If you appreciate music like I do, and want to see an exercise in human ingenuity and accomplishment, you should watch the attached video.

In just two short days, I've become a Jared Leto fan.  In my small encapsulated life I had never heard of him until I watched him play the lead role in the movie,"Prefontaine" yesterday.  It was a great movie and even though I knew who Steve Prefontaine was and was aware of the movie about his life, I was surprised that it had taken me 15 years before I watched it!

As an actor, Mr. Leto is very gifted. I thoroughly enjoyed the movie, a docudrama of Prefontaine's rise to fame as a 1970's cross-country champion runner for the University of Oregon and his quest to win the gold medal at the 1972 Olympics in Munich.  Steve Prefontaine's story was certainly meant to be made into a movie.

But today, I was watching an unrelated video and saw Jared Leto's name associated with Thirty Seconds to Mars and the fact that he is the lead singer for this three-man group.  Naturally, I had to hear this group in performance so I watched one of the available videos.  I now know just how multi-talented this man is.  Now 41, with rock star long hair, I'm very much  impressed with his singing as well!  The other band members are his brother, Shannon Leto the drummer and guitarist Tomo Milicevic.

I'm sure many of you discovered Jared Leto long ago and have enjoyed his performances in the TV show, "My So-Called Life" and  more than a dozen movies including "Girl, Interrupted".

I could go on, but I'll let you watch a video of Jared Leto chatting with August Brown, music writer for the Los Angeles Times, about his career and what the future holds HERE.  After watching the interview, you can watch Thirty Seconds to Mars perform "The Kill (Bury Me)" HERE.

Posted by Michael Bluhm at Tuesday, October 29, 2013 No comments: 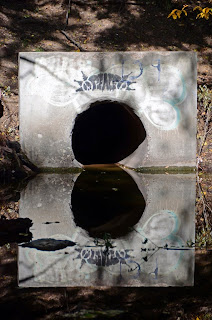 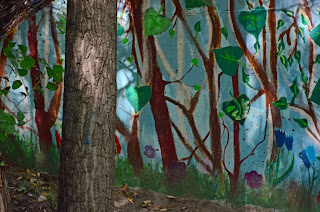 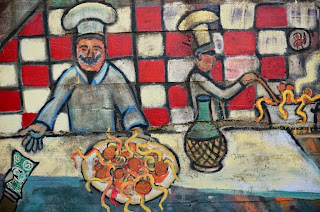 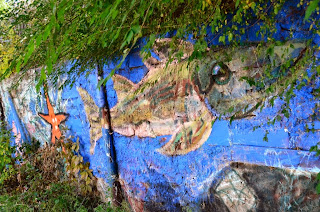 Regardless, I felt it was photo-worthy.  (The artwork of the person in a wheelchair, the Italian restaurant with spaghetti, and the purple mountains were created by volunteers from various community-wide groups.  The others have unknown origins)
Posted by Michael Bluhm at Wednesday, October 23, 2013 No comments: 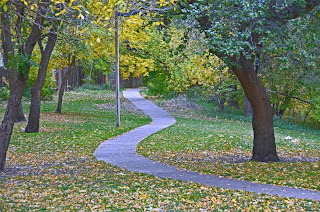 My friendship with Tom lasted three years. He passed away last year (2016). He had a serious heart disease, and that's why he always had to carry an oxygen tank everywhere he went. He was living in a care center across the street from the park where I met him (pictured above).  I always think of him every time I walk through the park. I miss him.
Posted by Michael Bluhm at Sunday, October 13, 2013 No comments: